One Of The Nation’s Top Energy Experts Speaks Out…

Today, I want to touch on some topics that have been weighing on my mind lately. They haven’t gotten enough attention either in the mainstream press – and perhaps even in our coverage here at StreetAuthority.

What’s going on here? How is it being impacted by Covid-19? What does the future hold?

If you’re like me, then you may have a few opinions. You may have even scooped up shares of some names you like (like I did) during the panic-selling days of March and April.

But what does the big picture look like? This is a question that’s not explored enough. And today, we’re going to change that.

If you haven’t seen Robert’s work over at our sister website, Investing Daily, then you may have seen his weekly column in Forbes. And as one of the nation’s foremost experts on energy, he’s also appeared in the Wall Street Journal, The Economist, 60 Minutes, CNBC, and elsewhere.

Here’s a brief exchange I had with Robert, where we talk about his background, the state of the energy sector, Covid-19’s impacts, and more…

Robert, I understand you’ve been in the energy business for a long time. Tell us a little about yourself…

I grew up on a ranch in Oklahoma. Self-sufficiency was an important thing. We grew a lot of our own food and produced a lot of our own energy. So, these issues have been instilled in me since childhood.

I was always a saver. When I got money, I put it in the bank. At the age of 11, I got a paper route and saved nearly everything I earned. At the age of 15, my algebra teacher introduced us to the concept of compounding, and I knew this was my key to escaping poverty and building wealth.

I worked throughout high school and put myself through college and graduate school. I invested continuously during this time. I got undergraduate degrees in chemistry and math, and then a master’s degree in chemical engineering.

My first job out of college was at a petrochemical company, and I did a two-year assignment in Germany. Upon my return, I went to work for ConocoPhillips. I subsequently did additional ex-pat assignments in Scotland and the Netherlands.

While working for ConocoPhillips, I started writing about energy issues. That attracted some attention, and I started getting picked up by the mainstream media. In addition to the places you mentioned, I’ve also appeared in the Washington Post, Christian Science Monitor, The Economist, The History Channel, CBC, and PBS. In 2012, I published a book, Power Plays: Energy Options in the Age of Peak Oil.

Throughout this period, I invested in the market. I lived through the crash of 1987, the dot-com bubble, and the 2008-2009 financial crisis. It was a rocky climb, but in my early 40s, I finally achieved the level of financial independence I foresaw when my algebra teacher taught me that important lesson about compounding.

My strategy has shifted over the years from aggressive growth to now more of a balanced mix of growth and income, with an eye toward capital preservation. I have developed several strategies toward those ends.

What’s your take on the energy space right now and how it’s affected by Covid-19? Will it ever end?

I think it’s a game-changer. When the year started, the energy outlook was reasonably bullish. But the impact of Covid-19 crushed demand and some of that demand may be permanently gone.

It’s going to take quite a while before transportation demand for fuel returns to the levels we were at a year ago. And, as that time ticks by, electric vehicles continue to penetrate the market. This creates risk in the oil and gas sector, and opportunities in companies that can benefit from the transition to a greener economy.

Nevertheless, oil and gas aren’t going away anytime soon. In fact, natural gas demand is expected to grow at a brisk pace over the next two decades. So, there will continue to be opportunities there as well, but the industry suffers from a public relations problem that will continue to be a headwind.

You just recently gave a breakdown of the BP Statistical Review of World Energy 2020. Can you give us the highlights? 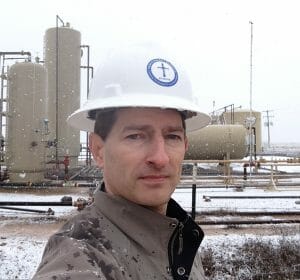 The growth of coal is finished in the developing world. In the U.S., demand is down by 50% since peaking about a decade ago. It is being displaced by natural gas and renewables in the utility sector. Those utilities that have been forward-looking and have aggressively added renewables to their portfolios have been the best performers.

Meanwhile, oil demand is relatively flat and will contract this year due to Covid-19. Natural gas is the bright spot among the fossil fuels and will continue to grow for the next couple of decades. But fossil fuels do still supply 84% of the world’s primary energy, and that’s going to take some time to change. Well-run fossil fuel companies will continue to make money for a long time. There are opportunities, but also pitfalls in the space.

The growth area will be renewables for a long time, but again one must be selective. I often use the example of the ethanol industry. On the back of federal mandates, it saw explosive growth from 2005 to 2015, yet numerous ethanol companies went bankrupt. They constantly dealt with an oversupply problem. So, investors lost a lot of money even as the industry was undergoing rapid growth.

How do you come up with your investment ideas?

I do a lot of reading, and I conduct a lot of screens based on several fundamental criteria. Cash flow is an extremely important one because companies can play a lot of games with earnings.

With cash flow, you know how much money is available to invest back into the company or to pay dividends to investors. So, I am ideally looking for companies that are growing cash flow while managing leverage and business risk. Investment income is important to my readers over at Utility Forecaster, so that’s also a key focus. I look for companies that are paying an attractive, sustainable dividend.

What keeps you up at night?

I have always been involved in risk assessments and risk management in my career, so I spend a lot of time thinking about that. Where are the risks? How high is the risk? What are the consequences?

But the biggest issue is always the unknown unknowns, to paraphrase former Secretary of Defense Donald Rumsfeld. The black swans. Those are the things that can come from nowhere and turn everything upside down. Just like Covid-19 has done.

At the end of last year, following a fantastic year in the sector, I wrote that the utility sector was fully valued. It was hard to find any value there. Following the Covid-19 sell-off and subsequent rally, the utility sector has been left behind. Many utilities are down year-to-date, but utilities represent critical services. So, there are more values there than there were at the beginning of the year.

The energy sector is down sharply, but investors need to be careful there. Some of them are down for a good reason. In other cases, the sell-off doesn’t make as much sense. I see more risk in a pure oil producer or a refiner due to soft demand, but less risk in the midstream sector, which has also sold off sharply.

I am a voracious reader. Some years I read over 50 books. I just finished two books and started a third.

I was looking for a good basic personal finance book to recommend to my kids. I have read a few, but I just finished The Simple Path to Wealth by J.L. Collins. I have often thought about writing a book on personal finance, but as I read this book I thought “I don’t have to because this book emphasizes about 90% of the lessons I try to teach.”

I also just finished Underbug by Lisa Margonelli. It’s a book about termites. It may seem like an odd choice, but Lisa is a friend of mine and the best-selling author of Oil on the Brain. I also did some graduate school research on using termites to produce biofuel, and Lisa touches upon that kind of work in the book. We have discussed the topic on several occasions, and she mentioned me in the acknowledgments.

Finally, I am reading The Jakarta Pandemic by Steven Konkoly. Steve is also a friend, and it’s been fascinating to discuss the current pandemic with him given the scenarios he laid out in the book. Some things he got exactly right. But as he told me, some of what is happening now in this country would have been deemed too unlikely even for a book of fiction.

I want to thank Robert for joining me today. We’ll be sure to check in with him again to get his thoughts on all things related to energy, utilities, and the broader market. That’s because in a world full of so-called “experts,” Robert is one of the few who actually live up to the word.

For example, back in January Robert sent a notice to about readers warning them stocks could drop 50% in the next 12 months. Now, he didn’t exactly know that Covid-19 would be the “Black Swan” that would create one of the biggest stock-market drops of our lifetime… but Robert knew something was coming.

And that’s exactly what happened. Now, he’s saying more pain could be coming — but investors can still protect themselves (and profit) by making a few simple moves before it’s too late…

If you want to protect yourself from another shock, then I strongly advise you to read Robert’s latest report.