Friday morning, we got a fresh reading on what has become the most closely-watched economic metric in the country.

I’ll skip right to the important stuff. According to the Department of Labor, prices rose by 0.8% for the month. On a year-over-year basis, prices are up by 6.8%.

That’s the fastest rate of inflation since June 1982, folks.

The market seems to have taken this in stride. In early trading this morning, all the major averages were relatively flat.

Meanwhile, the initial fears about the new Covid variant, Omicron, seem to have subsided.

Both of these items remind me of something my colleague Jimmy Butts told his premium readers over at Top Stock Advisor this week. It’s a valuable piece of investing wisdom that’s hard-earned, but likely to serve you well over the years:

The tenth piece of bad news doesn’t move prices nearly as dramatically as the first.

Whether this means things aren’t nearly as bad as they seem or that we’re all collectively sticking our heads in the sand, I’ll leave for you to decide. But this piece of insight rings true all the same.

Those words prompted me to reach out to Jimmy for more understanding of the market action of the past couple of weeks. What follows is a fascinating discussion that I hope you’ll learn from and use to your benefit…

Jimmy, investors were treated to a rude awakening after Thanksgiving in the form of renewed volatility. Why was the narrative painting the new Omicron variant of Covid as the culprit not exactly the case? 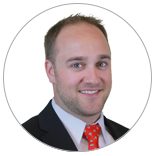 Most of the headlines would suggest that the selloff was driven by the new Covid-19 variant, Omicron. But that doesn’t really tell the whole story…

Had the timing not been perfect, it probably wouldn’t have even phased the market. But it provided good window dressing. But that doesn’t square up when you think about the carnage that we saw with many high-growth tech stocks… the very stocks that received a tremendous boost from the pandemic.

What really happened was a perfect storm… Investor concerns over Fed tapering (slowing down its asset purchases), nervous anticipation of increasing interest rates, and annual mutual fund distributions – and all of this happened during a period of low market participation, or low liquidity.

Some of our readers may have heard of the term “seasonality”. Is that what you’re referring to in the last part of your statement?

Yes, that’s part of it. When you hear the word “seasonality”, what we’re talking about is a phenomenon that happens nearly every year in the stock market. It means prices behave in a similar and somewhat-predictable manner around the same time every calendar year.

Seasonal patterns have long been observed in equity markets. You may have heard of the term “sell in May and go away,” for example. That’s because, historically, the stock market has underperformed between May and November. Although this hasn’t been the case in recent years, for a long time this adage held up well.

Another term you may have heard of is the “Santa Claus” rally. That’s because December is a strong month in terms of performance. But here’s the really interesting thing… before the rally begins, we usually get a small dip at the beginning of the month.

There isn’t really a catchy name for this, but it happens nearly every year like clockwork. Take a look at the chart below. It’s a seasonality chart for the S&P 500 over the last 20 years. As you can see, the market takes a slight dip as we head into December.

So what’s responsible for that seasonal dip?

I talked about tax-loss harvesting in a recent article, so I won’t go into it too much today. Plus, a lot of our readers may already know about it. But what they may not know is the part about mutual funds, which is a little more behind-the-scenes.

If you own any mutual funds and watch their prices closely, you’ll notice that one day you’ll wake up and the price of your fund will unexpectedly be lower. That’s because mutual funds must pay out income and realized capital gains to shareholders. Mutual funds don’t exactly hold cash, so to pay these distributions they must raise cash by selling the underlying investments: stocks, and bonds.

They begin these distributions at the end of November, with a large number of funds executing these distributions in the first two weeks of December. And given the size of the mutual fund industry ($55 trillion), these annual distributions will have an impact on the markets (as noted from the seasonality chart).

Then there’s the whole liquidity thing. Take a look at the S&P 500 chart below. It shows where volume (green) exists at various price levels. You can see exactly where there was a lack of market participation (aka low liquidity), and how these “gaps” between buyers and sellers lead to sharp reversions in markets.

Now, I don’t know if there was a lack of buyers because investors were scared. Maybe they were just away from their desks and on vacation. But it generated extra volatility.

Why is it important for investors to understand the mechanics of the market like this?

I know not everyone is interested in this kind of stuff. I get it. But if you can truly understand why the market typically behaves the way it does – and not all of it is purely driven by emotion – then you can really gain an edge.

You see, sometimes when the market fluctuates, it can look like chaos. Sometimes it is. But other times, it’s really not. There’s a reason. If you can tell the difference between the two, you’ve got a leg up on the crowd.

Instead of behaving like a deer frozen in the headlights, you’ll understand what’s going on. That’ll give you the confidence to enter and exit trades.

That’s one of the reasons why I told my premium readers that I was confident that the market would begin snapping back from the dip (and so far, it is) and that we’d probably reach new all-time highs by year’s end.

I referenced above your quote about “the tenth piece of bad news doesn’t move prices nearly as dramatically as the first”. What did you mean by this?

There’s one thing about investing that our readers need to understand. It has nothing to do with how to value a company, a stock’s P/E multiple, its dividend, or its balance sheet.

A big piece of successful investing revolves around understanding human behavior. The emotions that are involved with making and losing money. How we react and don’t react, to certain information and events.

There’s an entire field called behavioral economics devoted to this phenomenon. And one behavior that we see repeatedly in the markets is the emotional numbness around certain events.

We all know that when something big happens (good or bad) the markets typically move dramatically. But if the same (or a similar) event happens again and again, we grow accustomed to it.

This was certainly the case with Covid, for example. But we’ve also seen this play out in everything from the Ebola outbreak to cyber hacks to bad economic data.

In short, the tenth piece of bad news doesn’t move prices nearly as dramatically as the first.

Editor’s Note: For the past few months, Elon Musk has been quietly pivoting away from Tesla to focus on his latest game-changing project…

Deep inside of SpaceX, Musk and his team have kept this secretive program under wraps for years. But it’s about to go “live” soon.

And even though Starlink is “off limits” to regular investors right now, I’ve uncovered a “silent partner” that’s tradeable right now and gets you in on the ground floor…

Go here now to get all the details.