A Multi-Millionaire Trader Reveals His Secrets

The Dow just breached the 24,000 level. Think about that for a second.

As 2020 began, it was off to the races. The 30,000 mark on the Dow was just over the horizon. But as the coronavirus pandemic unfolded, the benchmark index fell all the way below 19,000. And thanks largely to the unprecedented fiscal and monetary response from the Federal Reserve and the U.S. government, we’re up by about 26% off the lows as I write this.

Did anyone have a pandemic-fueled crash followed by a furious rally on their bingo card at the beginning of the year?

I know I didn’t. But as states around the country begin to open up, and we all cross our fingers for a summer reprieve from Covid-19 (while bracing for a possible resurgence in the fall), I want to focus on what’s next.

I’m not interested in debating the government’s response to this crisis. Nor am I interested in holing up at home and living in fear. I have no time for woulda-coulda-shouldas, either. What’s done is done.

I want to know what next year is going to look like — and the next five, 10, and 50 years as well. And I want to be prepared.

Part of being prepared means making sure you’re financially secure. And that’s why you should consider dabbling in new strategies you haven’t tried before.

That’s why today I want to introduce you to Jim Fink. He’s an impressive guy who has a ton of credentials and isn’t afraid to tell you what he thinks. Not only is he an incredibly successful trader, but Jim is also a teacher. Both traits have served his followers well over the years, and it’s my pleasure to bring our conversation to our readers today.

Jim, thanks for taking the time. Tell our readers a little about your background.​ 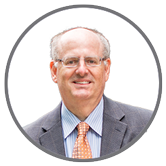 Fink: Well, I grew up in Massachusetts. I spent my time hanging out at Smith College where my dad worked. (My mother was also a teacher.) I took full advantage. As I kid, I used all the athletic facilities, attended college lectures, was a batboy for the faculty softball team, and worked as a janitor in the science buildings over the summer.

Looking back, this environment definitely had an influence on me. Education was always important. I went on to earn a Bachelor of Arts (B.A.) in History from Yale, a Master’s from Harvard’s Kennedy School of Government, an M.B.A. from the University of Virginia, and finally a law degree from Columbia. I’m also a Chartered Financial Analyst (CFA). You might say I’m hopelessly overeducated…

That’s a lot of schooling. I also learned that you walked away from a promising law career to trade full-time. What happened?

Well, here’s the short story… I discovered that I could make more money trading for myself than burning the midnight oil for the firm’s clients. It’s that simple.

When I was practicing law, I spent most of my time traveling back and forth to DC to the Federal Communications Commission. I spoke several times with then-FCC Chairman Reed Hundt about the Telecommunications Act of 1996, which opened the doors to competition in this heavily regulated industry. It was an exciting time because this helped spur the development of the Internet. All the big Internet companies were involved in FCC regulatory proceedings in the mid-1990s. Most of them would later become 10-20 baggers.

Meanwhile, I spent a lot of time at the Chicago Board of Options Exchange learning options trading. My exposure to this massive technological trend early on helped me understand the industry and make money with options trades. One of my biggest scores was buying call options on Broadcom (Nasdaq: BRCM), which made some of the first high-speed cable modems.

Now, most investors might associate options with something like gambling. What’s the first thing you tell investors about options and their so-called risk?

Well, it’s funny because I actually love going to Las Vegas every year to play craps and blackjack. They’re the two casino games with the best odds (i.e., lowest house edge). Learning gaming probabilities in Vegas is the best education for learning how to trade options. And any good professional gambler will tell you that minimizing losses is more important than maximizing gains.

The truth is, the Wall Street bandits want you to be scared of options. They don’t want to spend the time and money to train their people how to do what I do. It’s a lot easier to just have you pour massive amounts of money into a buy-and-hold approach. Because it sets the stage for them charging you astronomical fees.

I’m extremely sensitive to risk. I get it. In fact, if there’s one thing my long-time readers will tell you… It’s that while I really like making money, I hate losing it even more.

That’s where options can really come in handy. And my new “Paragon” system takes this one step further. In fact, in some situations, I don’t even have to guess which direction a stock is going to move. 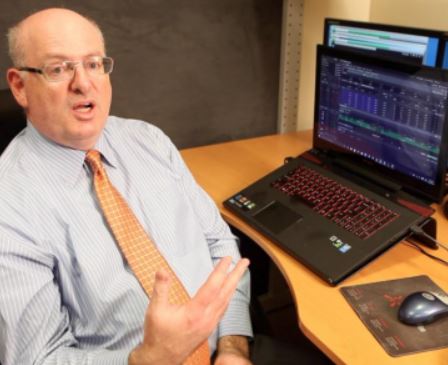 ​Wait a second. You’re going to have to explain that one…

It’s pretty simple, really. Once Paragon determines a stock is about to move, it gives me four different ways to profit from that shift. Then I simply choose the one that has the potential to make the most money in the shortest amount of time.
In one particular trade scenario I use, you don’t even need to know which direction a stock is going to move to make money from it. You just need to know that it’s going to move.

This comes in handy, especially around earnings season. For example, let’s say you have a stock that is announcing earnings soon. You know that it can be volatile around that time, but you don’t want to risk thousands of dollars on a trade. And even worse, you don’t want to be wrong.

This is where most investors would simply give up. But Paragon can not only identify stocks that are likely to make big moves… it can also give us a trade set-up to profit from a move — any move — without risking a lot of money while still delivering massive returns.

That sounds like the “sweet spot” for a lot of traders. Now, you’ve never shared this system with anyone before. Why now? 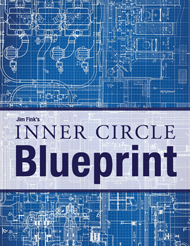 I’ll be honest, it wasn’t an easy decision. This is the first — and ultimately the most powerful system — I ever created. It’s my baby. So I guess in some ways, I’ve always wanted to keep it for myself.

But I recently saw some research that changed my mind. It basically says that U.S. stocks are set to seriously underperform. That’s bad news if you hope to retire at some point in the next 10 years. So I changed my mind. This system is vital information that needs to be shared with as many investors as possible.

I built this system to last forever. You’ll have plenty of time — and opportunities — to bank one massive winner after another. So there’s no need to take a bunch of crazy risks to get what you think you’ll need to be financially secure. Yes, the system is capable of producing some sky-high gains. But more importantly, I think, is that it can deliver a ton of trading opportunities, with a variety of set-ups, and at a pace you’ll never see with regular stocks.

​That’s all we have for today. I’d like to thank Jim for joining me.

As I alluded to earlier, Jim has made a fortune trading personally. But he’s also helped thousands of traders by sharing his techniques with them. And for a limited time, Jim is opening up access to his Inner Circle, where you can trade right alongside Jim and his followers. As a member, not only will you have full, unfettered access to his Paragon system, you’ll also gain access to an exclusive community of like-minded traders.

You can go here to learn more about Jim, his system, how to join the club, and get trades delivered straight to your inbox.