A Retirement “Meltdown” Is On The Horizon. Here’s How To Save Yourself…

Imagine you’re on a boat that has sprung a leak. The damage to the hull can’t be repaired, so the vessel is constantly taking on water. It’s not a good situation. Fortunately, there are 20 able-bodied passengers aboard to help bail, keeping the ship afloat.

But after a while, one of those exhausted passengers stops bailing. Then another stops. And another. One by one the remaining bailers give up, until just two are left.

If you have a job right now, then you’re one of these last two passengers. It’s your work, your “bailing,” that keeps the Social Security system afloat. In the early days, there were 20 workers just like you depositing into the system for every one retiree receiving benefits. Over the years, that ratio fell to 15:1, then 10:1, then 5:1. Now, there are just over 2 workers per beneficiary.

Of course, when it comes to Social Security, the boat isn’t filling up. It’s being drained dry. But either way you look at it, we’re stuck with the same problem. All taxpayers and retirees are crammed in this boat, which is looking less seaworthy by the minute.

Don’t take my word for it: You can get this info straight from the Board of Trustees latest annual report.

In 2020, about 65 million people collected benefits of some sort, compared to 175 million who paid in. Interest income was barely enough to cover the shortfall between payroll collections and benefits paid out. And the deficits are projected to get wider and wider with each passing year. By 2021, interest will be insufficient to cover the shortfall and the trust fund will have to start dipping into reserves to maintain benefits.

According to the Social Security Administration’s own projections, those reserves will be tapped out by 2034. Again, I’m not just pulling these numbers out of thin air… you can find all of this in the latest report, straight from Uncle Sam.

You don’t need a Ph.D. in mathematics to understand that this dire situation is untenable. That’s when things really start getting ugly.

Simple demographics mean the shortfall will only get worse in the years to come. According to the Social Security Administration, the life expectancy of a 65-year-old was almost 14 years in 1940. Today it is about 20 years. And by 2035, the number of Americans 65 and older will increase from approximately 54 million today to over 78 million. 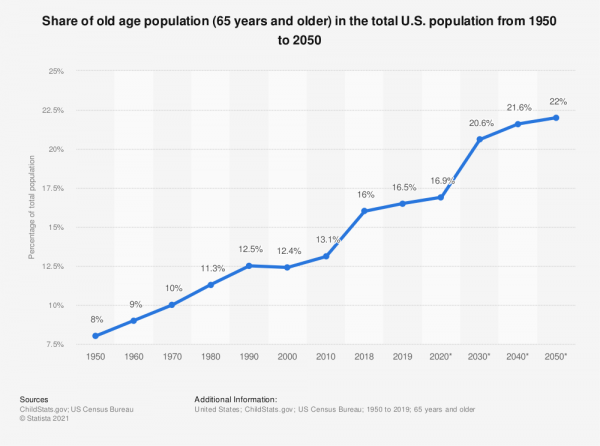 Every day, 10,000 Baby Boomers become eligible to start drawing benefits. That’s 300,000 fewer people paying money in each month — and 300,000 more taking it out. According to experts, the Social Security trust fund will be exhausted (i.e. no bond assets left to sell) by 2034. At that point, there will only be enough ongoing tax collections to pay out 78% of promised benefits. The government will have no choice but to hike payroll taxes or slash benefit payments by 26%, or some combination of both.

None of those is particularly appealing. Moving On From A Broken System

Imagine if an independent money manager approached you with a 401(K) proposal. But instead of a menu of investment options, you have zero control over the assets. They are invested in Treasury Bonds earning next to nothing, so your assets don’t grow over time. You also have restricted access to your money, and can’t transfer it elsewhere. Ever.

There is also a good chance your future proceeds will be cut at some point. Remember, these “benefits” are not Uncle Sam’s generosity, but simply a return of your own money. Except in this case, you can’t pass any of it down to children or grandchildren. And if that wasn’t bad enough, any withdrawals might be taxable — even though you were already taxed on the deposit.

Yet, every paycheck you have money forcibly withheld (some would say confiscated) whether you like it or not. And neither political party wants the fallout from enacting the reforms to make it solvent once again.

Advocating for a reduction in benefits is tantamount to political suicide. And it’s hard to ask hardworking families to surrender any more in payroll taxes than the current 12.4% (split between employer and employee).

We could raise the retirement age to 70 as some have suggested. But I don’t relish the idea of punching the clock that long. There just aren’t any easy solutions. And that’s why there hasn’t been any real legislative push to shore up Social Security since 1983.

Personally, I’m not relying on Uncle Sam to meet my retirement needs. If there is still money in the system in 2034, that’s great. But at the rate the system is hemorrhaging money ($230 million per day), I’m taking charge of my own financial future well before then.

Let this be the year you decide to free yourself from relying on the fragile Social Security system and take charge of your own retirement. Because the truth is, you don’t have to rely on Social Security if you save enough and invest in the right mix of income-paying securities. It may not happen overnight, but you’ll be glad you did.

To help you get started, consider checking out my latest report of monthly dividend payers…

Who wouldn’t rather collect 12 dividend checks per year than four? There are dozens of monthly payers out there… Yet most investors don’t even know these securities exist.

Thus far, just a handful have made the final cut into my portfolio. And for the first time, we’ve compiled a list of 12 of my favorites into a special report — one for every month of the year.

These 12 securities not only provide steady, predictable monthly income but also well-rounded exposure to most major asset classes. While payouts and returns are never guaranteed, a portfolio split equally among these 12 investments would generate 144 monthly payments a year! And remember, most of these payouts continue to rise.

Go here now to get the full details.